Why PRK is Sometimes Advised Instead of LASIK

PRK and LASIK are both safe and effective methods for correcting vision using the excimer laser. In PRK, the cells covering the outer corneal surface (called the epithelium) are removed, and the laser is employed to re-contour the front layers of corneal collagen. The epithelium heals and covers the treated area in about 2-3 days. A soft contact lens is placed to afford comfort during this time. After PRK, visual recovery to optimum levels usually takes several days to a few weeks. 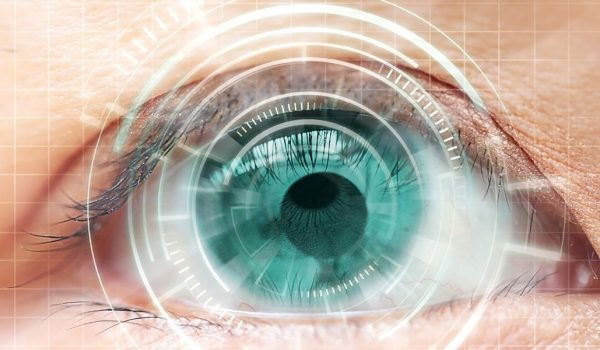 Eye drops are necessary to help guide the healing process, and these usually need to be continued for several weeks to a few months after treatment. The basic steps in PRK are shown below.

In LASIK, a precision instrument called a microkeratome is used to create a flap of corneal tissue a few thousandths of an inch thick. The flap is opened like the page of a book, the laser optically sculpts the collagen beneath flap, and the flap is closed. Creating the flap eliminates the need to remove the epithelium (as done in PRK), and thereby dramatically reduces any foreign body sensation or pain after surgery. Visual recovery is typically faster with LASIK than with PRK, virtually immediate in some cases. The benefits of LASIK include faster visual recovery, less discomfort, and less need to use medication-containing eye drops for as long a period as in PRK.

The optical results and visual consequences of PRK and LASIK are virtually identical at 3 weeks, 3 months, and 1 year after surgery. The main difference is that with LASIK, there is typically less discomfort in the few days after care, and quicker recovery of functional vision.

Given these facts, why would we sometimes advise PRK surgery instead of LASIK? The answer pertains to corneal thickness.

The normal cornea is about 530 microns thick (a little more than half a millimeter), measured in the center. In certain corneal disorders, this tissue is abnormally thin, leading to irregular bowing of the surface, and consequent optical distortion. One condition called ‘keratoconus’ is characterized by significant, abnormal thinning of the central cornea, leading to irregularity of the surface curve, and resultant optical distortion. This type of distortion cannot be corrected by eyeglass lenses, and often cannot be completely corrected even with rigid or gas-permeable contact lenses. If keratoconus exists, laser surgery should not be performed, as any laser sculpting will certainly cause further thinning.

Laser vision correction works by gently and precisely sculpting the proper optical correction into the collagen tissue layer of the cornea. When tissue thickness is adequate to start with, the sculpting can proceed safely, and the cornea after treatment can remain structurally stable. If tissue removal (as done in the sculpting process) goes beyond a safe depth, the cornea may become mechanically unstable, and may not retain its’ correction for an acceptable long-term period.

‘Ectasia’ is a medical term for uncontrolled thinning of tissue. Ectasia can happen as a consequence of keratoconus. Rarely, ectasia can also occur after laser vision correction surgery.

Corneal sculpting surgery has been done since the 1960’s. In those days, surgery was performed using a microkeratome to remove the front ‘cap’ or dome of tissue, which was then frozen and placed in a micro-mechanical lathe. The desired optical correction was lathe-cut into the inside surface of the tissue (called the corneal ‘stroma’). Then the cap was thawed and sutured back in place. Through the cumulative experience of all corneal sculpting surgery, eye surgeons generally agree that risk of ectasia remains very low as long as a certain tissue depth is preserved as a ‘foundation’. Ectasia risk increases unacceptably if this minimum depth (called the “residual stromal bed” or post-ablation stromal thickness”) is exceeded.

Since, in LASIK, the sculpting is done beneath a protective flap, the total depth of treatment is the sum of both the depth of laser sculpting (called the ablation depth) and the thickness of the flap. In patients with corneal thickness below a certain minimum, I feel that performing LASIK would be unwise, as the ‘foundation’ (the remaining layer after treatment) may not retain mechanical stability. In those cases, PRK is the preferred procedure. I feel so strongly, in fact, that even if a patient were to insist on having LASIK, I would choose to decline to perform surgery.

If PRK has been discussed recommended for you, this is actually good news. This is one of those situations in which I feel that the health and stability of your eyes (and your vision!) is more important than achieving a quicker recovery. The difference is that you are likely to retain your corrected vision with fewer potential for problems down the road, and, as a result, you may still be thankful many years from now. In addition, though the risks inherent in creation of the LASIK flap are very small (below one in several thousand cases), these risks diminish to zero in PRK, as there is no flap.